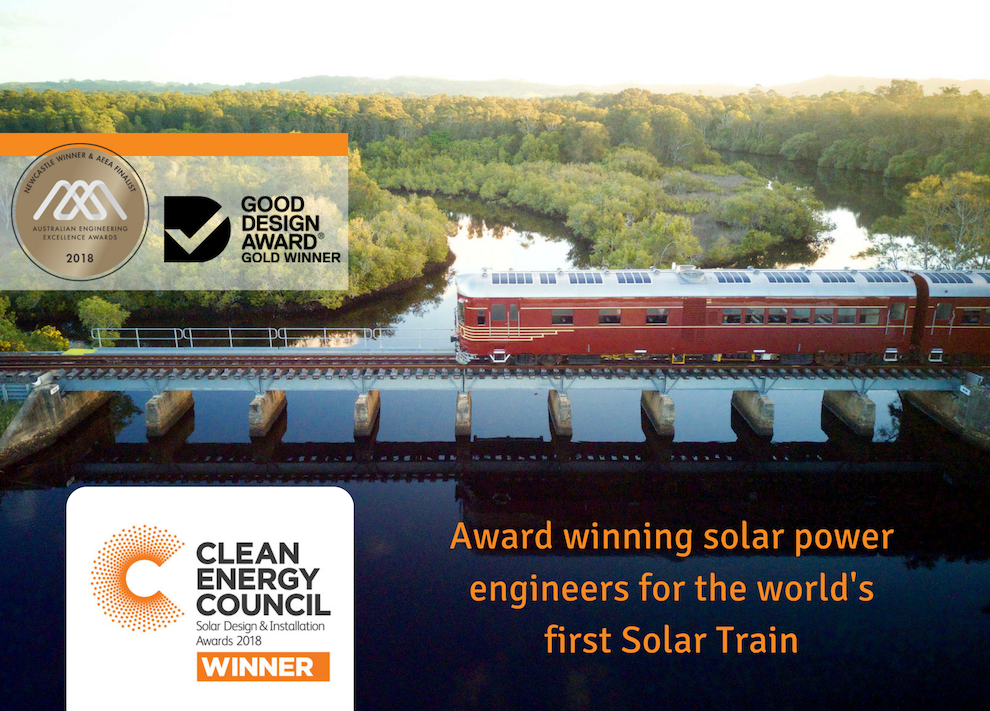 In 2017, the Byron Bay Railroad Company commissioned the world’s first solar powered train. The project was an engineering innovation that our director Greg Wilson was able to be apart of. It involved the restoration of a derelict heritage train, three kilometres of railway line and one major bridge. The innovative project also included reinvigorating and preserving a section of rail corridor that was previously out of action in order to provide a heritage rail service linking two key centres in Byron Bay. Solar panels have been installed onto the train carriages and the shed where the train is stored. All panels in total generate enough electricity to operate the train daily and charge the on-board battery bank.

How Does it Work?

The train operates directly from the energy produced by the sun. The project combines revolutionary technology with expertly engineered solutions. The process involved removing one of the original diesel engines and a pair of traction motors and inverters were installed. This design was completed with the installation of a Lithium-ion battery bank. Specially designed curved solar panels were fitted to the roof of the train carriages and can generate up to 6.5kW of solar power to charge the train’s batteries. The large solar array installed on the storage shed generate a further 30kW of energy for the solar train if needed. The train is also uses a regenerative braking system which turns the traction motors into generators during braking (recharging the batteries). All the equipment used by the train is powered from the Lithium-ion batteries including traction power, lighting, air compressors and control circuits.  Check the train out in action below!

The Solar Train Byron Bay project was the recipient of many awards in 2018. To date, Greg and the team behind the project have been awarded:

Want to see more of our work? Browse our installation portfolio here.